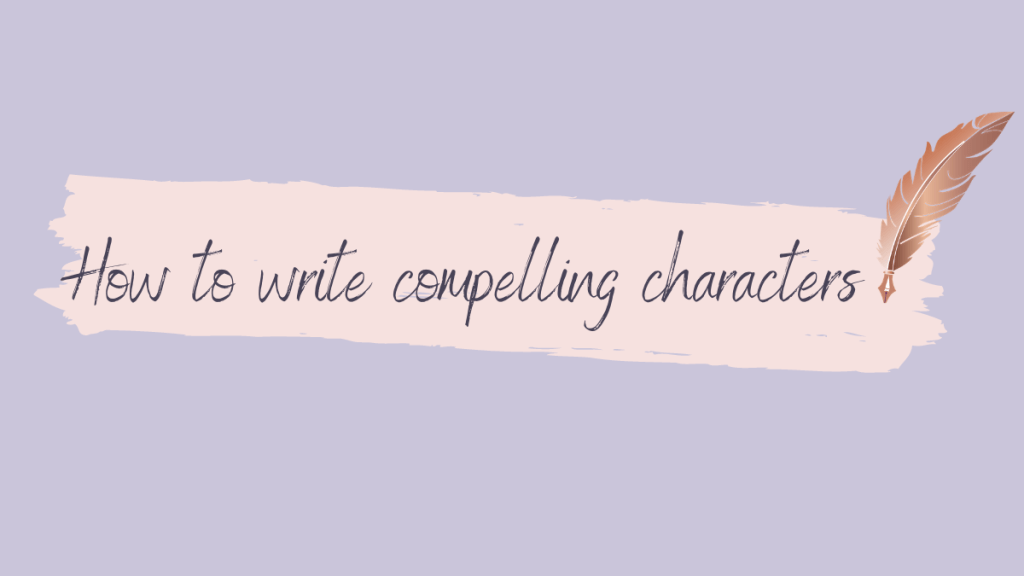 How to write compelling characters

In my opinion, one of the most enjoyable parts of writing fiction is creating characters. It is also one of the most important things to do well; if the reader doesn’t want to know about your character they won’t want to read your book. So how do you do it well? How do we create characters that readers find compelling?

Like anything writing related, you will find lots of varying advice. I will sum mine up briefly and then you can download and use my character profile template to actually have a go – it’s fun, I promise!

Firstly, I like to find a picture. When you have an idea of the basics – female, aged around thirty, for example – go online and look for a photo, or even an avatar if that seems more fun. I usually look on Pinterest and find an actor that I like the look of, not a very famous one so that I can make them my own and not be influenced by a character that they’ve played. I paste the picture on the character profile template so I can easily see all their features while I fill it in. Having a clear picture of them in my mind helps to make them real to me. I also ask writers I do developmental editing for to tell me who their character looks like so I can make sure this comes across.

What is their backstory?

Even if a character’s background isn’t part of your plot, I think it is important that you know it and as much about them as possible. I usually have quite a lot of information about my two main characters. A bit less about the secondary characters, but if they are related to the MCs then it makes sense that their lives be padded out too as they have influenced them. For example, if your female main character’s mother is a former ballerina and has issues with food, being brought up in that environment will have had an effect on her – you can decide what that is! I like to create a timeline of significant events in characters’ lives. How have they changed over the years? Who has been influential to them? What have they learned about themselves?

The more little details you collect about your characters the more real they will be to you and ultimately your reader. You will see areas on the template to fill in their education, occupation and family, but also the less obvious things: What is their coffee order? What makeup do they use? Who did they vote for? Who was their childhood crush? The document is editable so you can change it to suit your plot and genre – if you are writing a rock star romance you will need different details to someone writing a regency romance.

If you are writing about a profession or setting that you don’t have experience of, it is vital that you find out as much as possible. Ask someone in real life to talk you through a day in their life. Shadowing them might not be possible, but an online meeting or interview might be. It might seem like overkill, but you can rest assured that there will be a reader out there in that profession who won’t like it if they are misrepresented; little details matter to readers. How did they qualify? How much do they earn? How many hours do they work? What is their routine?

No two characters are the same!

Some of the writers I work with get more in touch with their characters by doing personality tests and questionnaires for their character. You could play Would You Rather with your character – answering questions as your character rather than yourself can be very illuminating. What is your character scared of? Would they rather do karaoke or go kayaking? Would they rather live in a forest or by the sea? One of the exercises I use with coaching clients is to write short 400 word pieces about how their main character would react in a certain scenario. Not only does this help lots of writers get inside their character’s head, it also gets the writing juices flowing and provides inspiration to get going. If you do the same exercise for two characters it will help you to see if they both have their own voice; to make sure that they are convincing all-round individuals with their own quirks. If they are then you are on the right track to introducing a compelling character to your reader!

Good luck with creating your own compelling character. Let me know how you get on or if you need my help.

I have also realised during this last couple of years training, that I like to write. I always dismissed it, mostly because of the dreaded imposter syndrome. I have always loved literature and didn’t think I could ever write anything, even nearly as good, as my favourite authors, so didn’t even try!

Lately, I’ve been learning so much about the craft of writing that it has filled me with new knowledge and has inspired me to give it a go! What better qualification for a developmental editor than to experience the writers’ world.

Another reason for doing this, is that I edited a book this week whose main character had ‘piercing blue eyes’ in one chapter and ‘deep brown eyes’ in a later chapter! It sounds so simple but you’d be amazed how many authors make this mistake. If I have the pictures in front of me while I write, I guess it’ll ensure consistency, if nothing else. Once I have the picture secure in my head I can get to know them better.

I’ve also created a character profile template which will help to build my character into a real well-rounded and realistically flawed person.

There are elements of myself in all my main characters – I figure that since I don’t have much time to plot or write – that writing about hobbies, interests, relationships and personality traits that I know, will be easier.

1 thought on “How to write compelling characters”