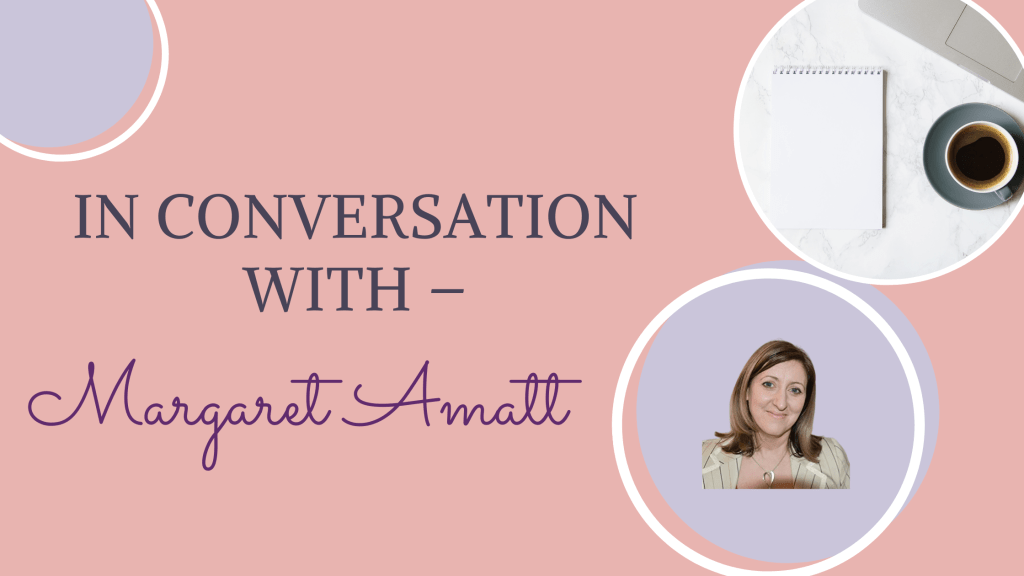 In Conversation With Margaret Amatt

I have worked with Margaret on four books and a couple of other projects. She is one of the most meticulous, hard-working writers I’ve ever worked with – a dream client. Her current series: Scottish Island Escapes is set on the island of Mull and I think they should pay her for attracting tourists as everyone who reads them will want to go – it sounds like an amazing place. Her contemporary romances feature normal people, who wouldn’t necessarily be typical romance heroes or heroines, but have amazing stories that warm the heart and are perfect to snuggle up in front of the fire with. 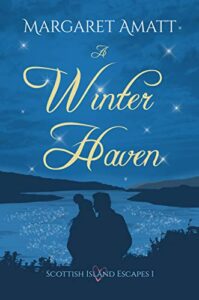 Did you always want to be a writer?

I have always been intrigued by people and their stories. At school, my favourite projects were the ones about people; ordinary people who lived in hard times, famous people in the past or people from other countries or places. I loved to draw, investigate and imagine their lives. As I grew up, this evolved into writing scenarios and inventing stories.

I’ve also had a lifelong fascination with human relationships and what drew certain people together which led me neatly into thinking up romance plots. But I don’t think I seriously considered the possibility of actually being a writer until I was in my thirties!

What age were you when you wrote your first book?

When I was twenty-four, I wrote a “Diary” of a character I had invented many years before. She was almost an imaginary friend and she had a life of her own. When I wrote out the events in the diary it was in little snippets and scenes which ended up more like a novel. I enjoyed doing it but didn’t ever think it would be published or even read by anyone else. This story however partially inspired Robyn, the heroine of my first published book, so it didn’t go to waste.

What do you do when you aren’t writing?

I like to get out and about with my family. I love a road trip or a visit to a castle or historical site (where I always pick up lots more story ideas!). I also enjoy drawing, reading, photography and eating chocolate. I have a part-time “real” job teaching in the nursery at my local primary school.

What are your ideal conditions for writing? Do you have any rituals or special equipment?

Ideally, I have utter silence! I work best when there is no noise and no chance of interruption. With a young family this doesn’t happen too often. However, I have learned to pretty much work anywhere as long as I either have my laptop or phone. I’ve also learned to dictate ideas and have often done this on walks in the countryside. I enjoy jotting down ideas and solving plot puzzles in notebooks but I can’t actually write a scene like that, it has to be electronic.

How did it feel to complete your first novel?

The first book I actually set out to write as a novel took forever and a day to finish. Even now, I’m not sure if it’s complete. It’s the one which will probably never be published and that I won’t do anything with however it was good practise!

When I wrote the Scottish Island Escapes series and finished book 5 (the final one), I couldn’t believe I’d actually written five books. They were all very raw as I literally bashed out the words and didn’t look back. But it felt amazing to have all that material there to work on. I’m now working on the final edits for the last book and it’s an odd feeling… I’m not sure I want to leave that world behind!

How have you found the whole process – writing, editing, publishing? What is best/ worst part?

I love the writing part of the process! Once I’m on a roll I can belt out the words and usually the stories are just itching to jump onto the page. I like to a have a rough plan of where I want my stories to go but there’s always room to shake things up and for unexpected things to happen.

Editing the books is ok too. If I’ve had a long spell writing, I like to mix it up with some editing and I also enjoy beta reading for others and helping them with edits too.

Publishing is the part I’m still getting to grips with. I did a lot of research into publishing routes and once I decided I wanted to get my books out there, I chose to self-publish. My main reasons for doing this were:

A. I wanted control over books – covers, titles, royalties etc.

B. I wanted freedom to write the stories I want to.

C. Time – I didn’t want to spend years querying agents and publishers for something that might never happen.

After making that decision, I had a steep learning curve and it’s ongoing. It’s like starting a new business and one I’ve had to learn from scratch. I still view it as something I do mainly for fun and I hope to keep it that way.

What writing achievement are you most proud of?

Writing my series has been a massive challenge and if I succeed in publishing all five books to plan, I think that will be biggest achievement to date. The achievement which sticks out in my heart however is when my future husband challenged me to write a short story for a competition. We hadn’t known each other long and he discovered that I liked writing and he did too. A local theatre was running a competition to write a spooky short story for their competition “Scottish Fearie Tales” and we both wrote and entered a piece. Mine won! Not just between him and me but overall! I was invited to an event and my story “Out of the Frame” was read by one of the actresses in the theatre. I attended with my husband-to-be and that’s where he first met my family. The whole experience makes me very chuffed with that achievement.

What are your plans for the future?

After my Scottish Island Escapes series is finished, I have plans for at least three more books including one part set in Hollywood and another where the heroine discovers a secret past she knew nothing about. These might feature some of the characters from the series but will be standalone books.

I also have a sequel to book four in the series which might end up being a Christmas novella or bonus!

In the back burner I have some historical fiction ideas which I want to return to one day. These include the story of an Irish mill girl in Renfrewshire in the 1840s which is loosely based on ancestor of mine and also a series set in World War Two about the life of a land-girl in a rural Scottish farm.

PrevPreviousHow to create a series bible
NextHow to use beta readersNext