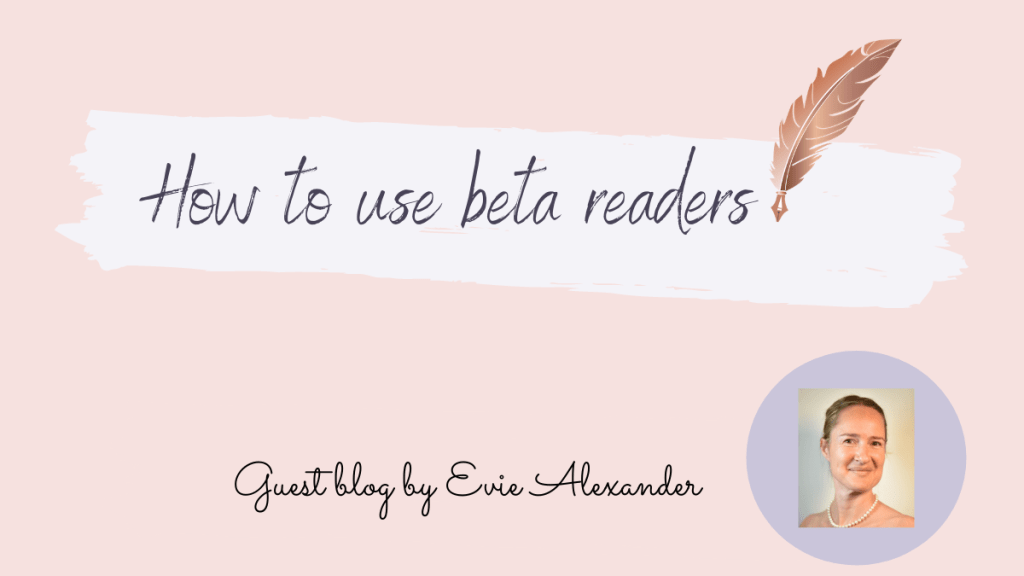 How to use beta readers

As an author, whether you’re a seasoned pro, or just starting out, feedback on your work before it gets published is generally a good thing. It flags up issues you might not be aware of, or highlights those you thought you’d get away with. A beta reader is anyone who reads your work prior to the final edit and gives their opinion. They will generally read your work when the first draft is completed. An ‘alpha’ reader is someone who reads your book as you write it.

When looking for a beta reader it is very important to understand what kind of beta reader you want, and what you expect them to provide in return for reading your work. Many people are happy to beta read for free, others do it as a professional service. When people first start writing, they usually show their work to friends and family. The downside of this is that you often don’t get a good assessment of your work. Your friends may universally say it’s great, but can’t articulate why, whereas your mother might be more comfortable throwing your book (metaphorically) under the bus.

When I started writing in earnest, I had an alpha reader. She was the friend who inspired me to knuckle down and start writing seriously in the first place. She was very positive about my writing, which helped with my confidence. However, when I veered off track, she was able to steer me back and tell me what wasn’t working. When I wrote ‘The End’ for the first time, I had 195,000 words, and wasn’t sure what I should do next. At that point I didn’t have an editor, and thought that it might be a good idea to start getting opinions from people I didn’t know. My search started on Facebook groups. It’s important to do your research to make sure you’re looking in the right place. A good beta reader will be able to read cross genre, but until you find that gem of a beta reader, you’re better off searching for romance beta readers in a romance group.

Once you’ve decided on the group to target, you need to give your brief. This usually includes the title, genre, length and blurb. In addition (in particular with romance writing), you need to flag up any sensitivity issues and if there is graphic sex or violence. In the romance world this is especially important, as there are many beta readers who love romance, but are appalled at any description of the act of love itself. Then, you need to state when you need feedback by, and what sort of feedback you want.

Here’s an example of a brief:

Enslaved by the Matador King

Maria, the beautiful daughter of a Spanish peasant, knows that her looks are her only currency. When Don Pedro, the Matador King, sweeps through the land, she throws herself at his feet to beg for her father’s life. Don Pedro is a dark man, with an even darker secret. Something about Maria stirs his soul, and he offers her a deal. Become his slave, and her village will be spared. Maria returns with him to his castle, vowing to resist his dangerous charms. But she has a power over her master that no-one can foretell. Will Maria escape? Or does true freedom lie in the arms of the Matador King…

This book contains graphic descriptions of sex, and the threat of non consensual sex.

I’m looking for beta readers to read my latest novel. I’m looking for feedback on overall story and characterisation. Any comments on structural improvements are also gratefully received. I would like comments back within the next three weeks if at all possible.

Copies can be sent via word, mobi, or PDF. Please let me know which version you want. DM me if you are interested.

There are other places to find beta readers, such as Instagram, or paying sites like Fiverr or Upwork. When you start out it is often a bit hit and miss. Not everyone who says they will read for you, actually does. Then, the feedback you get might be less than helpful. I’ve had feedback a couple of lines long, telling me it was all ‘great’, which wasn’t useful. An author friend of mine also had a beta reader claim that she was ‘glorifying rape culture’ because the leading characters had sex (off page) within the first three chapters. I’ve run into trouble with American beta readers who don’t always understand English idioms or terms. Sometimes this is useful, for example with the word ‘tramp’. In the UK, that word conjures up an image of a scruffy homeless man who sleeps rough. In the US, it is used to describe a slutty woman. Even though I desperately wanted to keep ‘tramp’, I knew that it would put off an enormous market, so substituted it for the word ‘hobo’ instead. In other cases though, I stood my ground. If I had changed every word that wasn’t common parlance in US English, then my unique voice would be lost, and British readers would be just as confused.

However, when it came to big picture stuff, my beta readers were absolutely invaluable. They brought my attention to serious issues of characterisation that had never crossed my mind, they showed me that my first draft needed splitting in two and a complete reworking, and ultimately they helped me create better stories. Each beta reader will bring something new to the party. Some are all about the grammar and style. I didn’t know what a ‘head hop’ was until my beta readers told me what I had done wrong. Others are all about the emotion, wanting to know more about what my characters were feeling and what motivated them. And others were about the structure, pointing out why it wasn’t working and how it might be improved.

Be aware that if you have a lot of beta readers who are authors, they may be a lot more picky than actual readers. And if you have twenty beta readers with completely different feedback, then it’s best to go with what YOU want to write. You’re never going to please everyone all the time. And even if you get feedback you don’t like, always thank the beta reader for taking the time to look at your work. If your book has gone through substantial revisions, then it’s always handy to let brand new beta readers take a look, as sometimes your original readers will still be holding deleted scenes and character traits in their head.

My search for a beta reader ended up with a fair amount of dead ends, but also incredible new friends, and a pool of people I know I can call on to read and comment on my work. When you find beta readers that are helpful and ‘get’ you and your writing, then hold onto them for dear life!

Another possibility is to use your editor. Some editors don’t work this way, however my lovely editor, Aimee, also beta reads for me as part of the editing package I pay for. Writing is a lonely job, and I feel more confident having Aimee on hand for pep talks and hand holding, as she knows me and my writing well.

If you’re interested in being a beta reader, then give it a go. If you’re not sure, then you can always sign up to be an ARC (Advance Reader Copy) reader. This is someone who reads the final draft before publication in return for writing a review when the book is released. This is less work than beta reading, and you get to read books for free before anyone else!

Evie is the author of sexy romantic comedies with a very British sense of humour. The first two books in her Kinloch Series, ‘Highland Games’, and ‘Hollywood Games’, are releasing in 2021. Read more about Evie and the first chapter of ‘Highland Games’ for free at www.eviealexanderauthor.com

2 thoughts on “How to use beta readers”